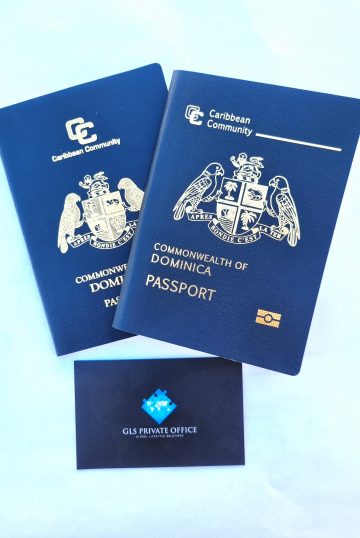 Last year Dominica started a process of introducing biometric electronic passports (e-passports) with enhanced security characteristics instead of the older, machine-readable documents. This move is meant to prevent fraudulent activity and misuse, ensure better border security, and accelerate passport control procedures. All nationals including those who obtained citizenship of Dominica through the program of investment immigration are required to replace traditional passports with new ones before the due date. Earlier, the deadline for e-passport application was set for 31 August 2022, however, Dominica has recently extended it until the end of the year 2022, giving its citizens four more months to complete the transition.

In July 2021, Dominica launched a next-generation type of passport to replace the regular one. The new biometric electronic passport, or e-passport, has a microchip embedded in the cover that contains personal and biometric information of the owner, including digital photograph, ID data, fingerprint, face and iris scans. Compared to the traditional machine-readable passport, the e-passport offers more reliability and accuracy in terms of authentication of the holder’s identity, personal credentials’ management, and facilitation of cross-border control.

The introduction of e-passports in Dominica aims at a long-term effort to combat fraud and misuse, strengthen local and international confidence in documents, as well as ensure automated immigration control at a faster pace, with new electronic gates, or e-Gates, being implemented at the country’s airports. Smart technologies such as facial and fingerprint recognition of the e-passport contribute to efficiency of the owner’s authentication. The improved security features make the e-passport of Dominica more robust, provide a higher level of confidentiality, and dramatically reduce chances of identity theft and document forgery. Moreover, since the e-passport is compatible with e-Gates, it allows for an automated border passage while travelling, without having to interact with a border officer, and thus speeds up the entire passport control procedure.

Nationals of Dominica including those who acquired citizenship by investment were initially supposed to have switched to Dominican e-passports by 30 July 2023. Later the deadline for submitting an e-passport application was changed to 31 August 2022 due to Dominica’s joining global actions to provide faster and safer travel. However, it has been recently announced that the deadline for document renewal has been now extended until 31 December 2022. The updated timeline gives Dominica citizens four more months to apply for an e-passport or complete the paperwork. The current non-biometric documents will become null and void from 1 January 2023.

As some countries require foreign passports to remain valid at least 6 months after the date of travel, it is advisable to upgrade the document approximately 9 months before its expiration. In general, the application process takes 4 to10 weeks. The e-passport has a 10-year validity period for Dominica citizens over 16 and a 5-year one for those below 16 years old. Nationals of Dominica living overseas (including persons who obtained citizenship by investment) do not have to visit the country to renew their passports as they can apply for and receive e-passports in one of Dominica’s Consulates abroad.

To submit an e-passport application, the following documents are required:

The passport of Dominica empowers a person to travel visa-free to more than 130 countries of the world which include the EU and Schengen Area states, the UK, Singapore, and China. Such expanded international mobility, along with the improved security and convenience of the new e-passport, makes Dominica a desirable destination to live and work for those who appreciate safe and hassle-free travel. Besides, this tiny island country abounds with many other advantages: a low crime rate, swiftly developing economy, favourable business environment, generous tax regime, and culturally vibrant, friendly community, not to mention warm climate and pristine natural beauty. In addition, Dominica recognizes dual citizenship.

There are several ways of obtaining a Dominica passport, however, the fastest, easiest and most sought-after is through Dominica’s program of citizenship by investment. This program has been in operation since 1993 and is considered highly reputable and affordable. Moreover, one of the investment options has been offered at a discounted price. If you are interested in receiving citizenship of Dominica, we would be delighted to inform you about the program terms and opportunities, tailor the best possible solution, and support you throughout the entire application process. We would also be happy to provide any assistance with the renewal of your current Dominica passport. We have already assisted many clients with their applications for the e-passport of Dominica. Get in touch with us today.

Dominica Has Changed the E-Passport Application Deadline to August 2022